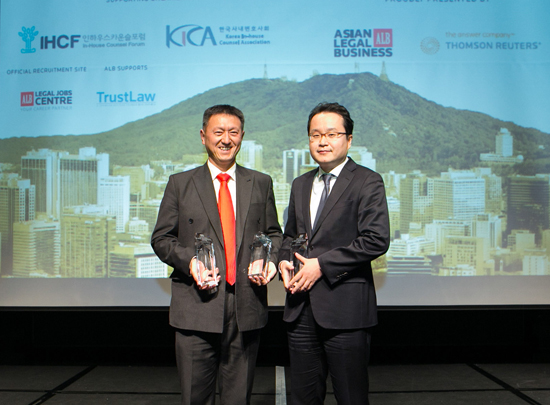 Shin & Kim was selected as the first winner of the “Private Equity Fund Law Firm,” an award that was newly introduced by ALB this year. Shin & Kim was highly recognized for its successful performance in the recent PEF transactions, including Hahn & Company’s acquisition of Ssangyong Cement, IMM PE’s acquisition of Taihan Electric Wire, acquisition of MARS Entertainment Group, and Jabez Partners’ sale of its shares in Hyundai Securities.

Shin & Kim received the “Equity Market Deal of the Year” and the “Real Estate Deal of the Year,” respectively for the IPO of Mirae Asset Life and the REIT for the Incheon Dohwa-dong Development Project.

The IPO of Mirae Asset Life (led by Jong-Uk Lee and Min-Jeong Joo) amounted to KRW 340.5 billion, which was the second largest IPO deal in 2015. The REIT for the Incheon Dohwa-dong Development Project (led by Suk Lee) was the first corporate lease housing project, so-called “New Stay,” and has been regarded as a new housing model that can positively affect the housing lease market. 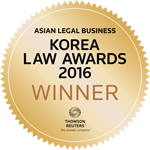